I attended the LODLAM conference in Montreal last week. This was the second Linked Open Data in Libraries, Archives & Museums conference and around 100 delegates attended the National Library and Archives of Quebec from cultural institutions, universities, private companies such as Axiell and other organisations from around the globe such as OCLC and the BBC. Attendees included representatives from the US, Canada, UK and Europe, New Zealand and Australia, and other countries. 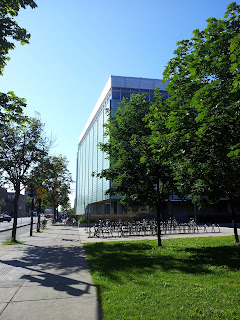 The un-conference format provided plenty of room for brainstorming and breakout sessions on a multiplicity of themes - most running in parallel, which meant there wa a lot of running between seminar rooms! The conference also had a competitive element in its run-up, where teams of Linked Data experts developed or refined showcase projects. The semi-finalists lined up before four X-Factor judges before a winner was announced. Networking was also the name of the game as we tried to link up our respective projects and think about the development of more robust services - many of us ran out of business cards, I am sure.

The breakout sessions covered all areas of Linked Data, not least controlled vocabularies, mapping and patterns, the user experience, teaching Linked Data, ontologies such as CIDOC-CRM, natural language processing, historical mapping, annotation tools, World War One and many other subjects. Several sessions were an opportunity to view new tools such as KARMA, GNOSS and PUND.IT, which have been designed to facilitate the mark-up and annotation of web pages and the aggregation of different entities and types of information. One very informative session covered the Getty release of its vocabularies as Linked Data, which should prove enormously useful to the whole community. The World War One session was an opportunity for participants to gain an overview from across the globe, including trench mappers and authority experts from the US, Finland, Australia and New Zealand. The BBC showed off its World Service audio file transcription project which contains a significant crowdsourcing element to help refine data.

The LODLAM challenge finalists were universally excellent. Linked Jazz showed off its superb visualisation tools to depict relationships and influences between jazz artists. Free your Metadata was a song combo that got the floor buzzing with its appeal for data reconciliation and cleansing as a prerequisite for successful linking. Mismuseos combined museum metadata and images for museums. The winner was PUND.IT, a... 'client-server annotation system which lets you express semantics about any kind of web content through labeled relations among annotated items, linking them to the Web of Data. Annotations can be shared and organized into private or public notebooks which can openly accessed to build engaging visualizations'.

The conference as a whole showed the vast array of work that has been undertaken throughout the GLAM sector to create new datasets and develop or refine tools that will allow new, more robust, services to be developed - a good mix of the theoretical and the practical. The need for training that demystifies the subject, a stress on users including the front end experience and visualisation, and quantifying the benefits to organisations through use/economic cases appear to be priorities. 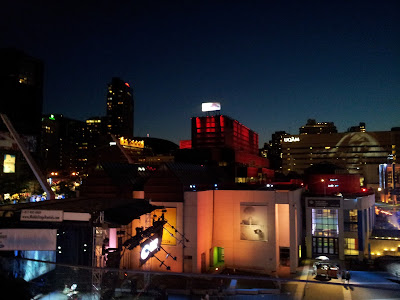